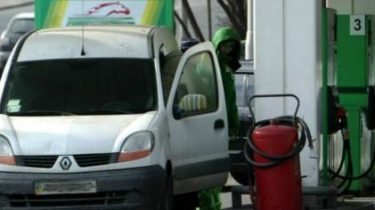 In Ukraine sharply increased the gas for the car.

In particular, over the last few days of the gas station raised the price from 10 cents to per liter of fuel.

Thus, as of Monday, August 14, the average price of liquefied gas increased to an average of 11.5 UAH.

Earlier it was reported that in the Ukrainian gas stations over the weekend the price of fuel have not changed and remain high.