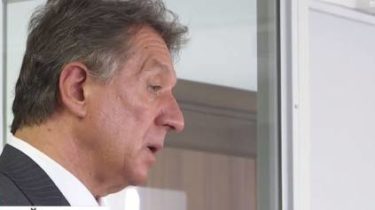 President-the fugitive Victor Yanukovych sent a letter to the Kremlin with a call to enter the territory of Ukraine by Russian troops and put under the document the signature. This was during the hearing of treason Yanukovych showed former permanent representative of Ukraine to the UN Yuriy Sergeyev, says the story TSN.19:30.

This letter was later Putin justified the annexation of Crimea. “As you know, we have a direct appeal of the incumbent and legitimate President of Ukraine Yanukovych about using armed forces to protect the lives and freedoms of citizens of Ukraine”, – said Russian President. He asked the Russians to send troops didn’t hide himself Yanukovych. “This Document really was. It was an emotional decision – somehow affect the offensive of illegal armed formations”, – he said.

Vitaly Churkin died, officially, of a heart attack on 20 February, and the authorities of Russia and Yanukovych suddenly began to deny the existence of the letter. But those who saw him – forgot. “The Russian authorities to explain their aggression, to explain its intervention – was missing this segment,” – said Sergeyev. The lawyers of the President-the fugitive but claim that it was just a statement, which could not have any legal force. “Russia took it as is and started to use it,” responded the diplomat. After the trial lawyers Yanukovych tried to present him with challenges in other cases in which it appears Yanukovych. Journalists were surprised, because it is not the competence of lawyers. They deny that he used the situation to invite Sergeyev to his Association and find out information, which he owns. Sergeyev himself on the call is not responded, go away.