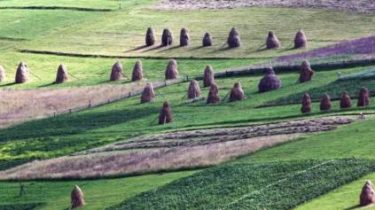 The former Chairman of Kyiv-Svyatoshinsky district state administration of Kyiv region reported on suspicion of incitement to abuse of office that entailed serious consequences.

This was reported in the press service of the Prosecutor General of Ukraine.

“It is established that in September – December 2012, the Chairman of Kyiv-Svyatoshinsky district state administration of bribery, which resulted in promises to contribute to career growth, persuaded the acting President of this administration, which has already convicted by the Sviatoshynsky district court of Kyiv 18.11.2016 under part 2 of article 364 of the criminal code, it is illegal to sign a decree on the termination of the right of permanent use of land plots one of the state enterprises and the allocation of the land plots in property of a number of nominees, with a total area of 350 hectares with a value of 373, 9 million UAH”, – stated in the message.

The GPU noted that the actions of the suspect are qualified as incitement to abuse of official position in interests of third parties, resulting in serious consequences to the public interest.

Now the ex-official could face 3 to 6 years of prison with deprivation of the right to occupy certain positions or engage in certain activities for a term up to 3 years and with fine from 500 to 1000 untaxed minimum incomes of citizens.

Earlier, in the case of theft of 890 hectares of forest units of the GPU, SBU and the interior Ministry raided the residence of the mayor of Irpin and Buchaand the 31 address. The attorney General Lutsenko noted that after the GPU after the revolution, a court has returned the land to the state, businessmen began to deribanit new.

In turn, the mayor of Irpin Vladimir Karplyuk said that searches a revenge provoked by winning the election in Kotsyubinskoye.