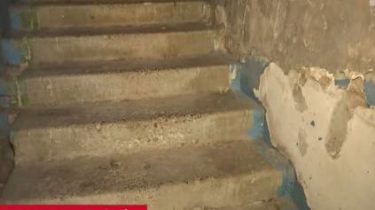 The people of Kiev, who are served by municipal Zheki, come new bills on the local area. Tariffs for services increased on average by half, and the quality has not improved, says the story TSN.19:30.

Tamara shows off her new receipt – amount in her, she corrected, and plans to pay the old way. “They give us 350, I wrote 184,14. For that to increase if we do nothing?”, – does not understand from Kiev. The house has no janitor to clean the territory of moving the team, but only saw her once. So the site is raking in themselves. In the hallways of peeling walls, broken railings – repair has not been for 20 years. People wrote letters to the CEO and to the city administration with the requirement: first, the normal service is then higher tariffs.

Videogallery received the new bills in the local area

The price hike raised 8 thousand capital houses that cater to the utility company. The rhetoric of the city authorities, it is, finally, a reasonable price and now Hoo will make good money. “Fuel prices have tripled, electricity has grown six-fold, wages also increased at least twice. We came to the conclusion that the existing tariff did not allow us neither the 20 types of services, not 10, even 3 quality to perform. Today after adjusting the tariff there is a moment when we can ask for cleaning,” – says the Deputy Chairman of the KCSA Petr Panteleyev.

Services Hoo will be to provide the same, except now have to share cleaning stairwells in the stands and the yard, if you can find people for that. “The increase in tariff to me, it’s six people. It is very small. To wash porches 100-150 people still have to collect. It is impossible for a day to raise fare and the next day to improve the service. Must pass a certain period of time. Well, at least six months until the people at work until rotochutes, still will buy something”, – explains the head of the company-the Manager Arsene Screamer.