On the capital metro man fell onto the tracks 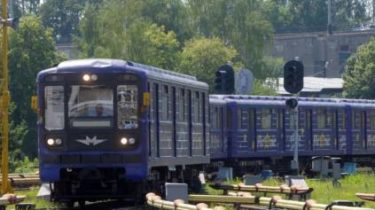 In Kiev at the metro station “Chernihiv” on the tracks of fallen man, he was able to save.

About this UNIAN was reported by the Advisor to head of KP “Kiev underground” Natalia Makogon.

“Man down “Chernigov”. Removed stress, helped. The train was not,” she said.

The official added that now with the passenger all is well.

At the same time at the scene, police are present, called an ambulance.

In turn, the movement of metro trains because of the incident did not stop.

We will remind, on June 8, the man at the metro station “Akademgorodok” committed suicide. The victim is a resident of Kiev born in 1993. The husband went to the station together with relatives and while they were buying tokens, descended to the platform. As told by the motorman, when the train arrived to the station, the man jumped in the way.