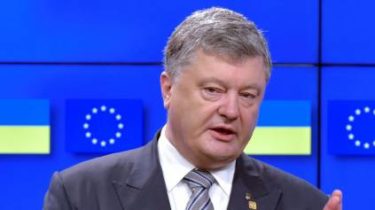 President Petro Poroshenko after the scandalous publications about the success of North Korea’s missile by Ukrainian motors invited journalists to The New York Times in Ukraine.

“I am grateful to the editors of The New York Times for attracting the world’s attention to the potential of space-rocket complex of Ukraine. Elegant although not the best way,” he said.

“Instructed to invite the authors to visit Ukraine for meetings with Ukrainian partners who unjustly came under unwarranted suspicion. It would be the right move by the respected publication, which is responsible for the trust of his readership,” added the head of state.

Baseless fake. Poroshenko for the first time responded to the article about “Ukrainian trace” in North Korea’s missile

We will remind, on August 14, the American edition of the New York Times, citing expert analysis and assessment by American intelligence agencies reported that the success of North Korea testing Intercontinental ballistic missiles became possible due to the acquisition of powerful rocket engines on the black market, most likely, from the Ukrainian plant.

The Ukrainian company “Pivdenmash” said a New York Times article is provocative and added that the facts presented in the publication are untrue. In particular, “Yuzhmash” is not a major producer of missiles for the Russian Federation and do not deliver to Russia or missiles or their parts and Assembly units, including rocket engines, and there is no relation to missile programs.