The court arrested the apartment and house Natalika 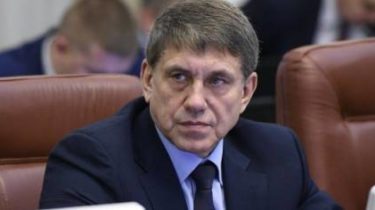 The Pechersky district court of Kiev arrested the apartment and the residential house of Minister of energy and coal industry Igor Nasalik at the request of the businessman, the President of football club “Karpaty” (Lviv) Peter Damanskogo.

This is stated in the materials of the court, transfer Ukrainian news.

It is noted that Dyminsky has filed a court claim for debt collection with Natalika under the loan agreement.

The court partially granted the petition Damanskogo and seized an apartment and a house. The validity of the court’s decision until July 26, 2020.

Earlier it was reported that the Minister of energy and coal industry of Ukraine Igor Nasaliki declared their income. From the published e-Declaration, it follows that cash Nasalik saves 1.4 million UAH, EUR 140 million and 450 thousand dollars. At the same time more 100 thousand euros, as well as 450 thousand dollars the Minister has in Bank accounts in the “Ukrgasbank”.