The illusion of a big fire: a column of smoke over the Svyatoshinsky district of Kiev scared 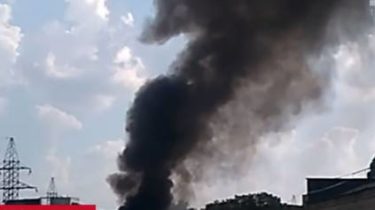 A large column of smoke caused a panic in the capital after lunch on Wednesday. He climbed over Svyatoshinskiy district, and many people accepted it for a large-scale fire, according to a story TSN.19:30.

Photos people shared on social media and a race called rescuers. In fact, it turned out that someone just set fire to the garbage in the industrial area, where among other things there was a lot of old rubber, which gave this smoke. Firefighters on the scene arrived quickly, and the fire was extinguished within minutes.

On the eve of a major fire scare other Ukrainian cities. In Kharkov erupted opposite the Central station – the fire was in an apartment building on the street of Eugene Kotlyar.