In Kiev on the bridge fire truck: fire barely broke through the deadlock 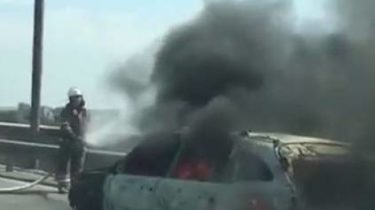 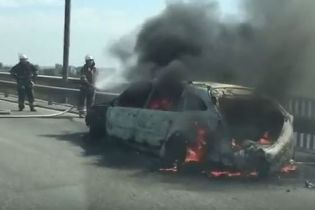 Today, August 17, in Kiev, on the South bridge lit up the car. Witnesses at the scene posted a video of the fire on the ground working the fire brigade.

Witnesses say the bridge towards the Left Bank formed a huge traffic jam. Why the fire trucks took longer to get to the fire.

The fire started at about 13:20. There were no injuries. Movement through the bridge is blocked.

Attention! The South bridge in the direction of the left Bank is covered: a burnt out car. Are the rescuers of gschs. People just time…