In Kiev, unknown persons in masks shot a man 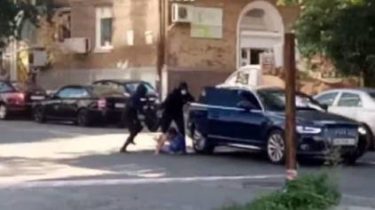 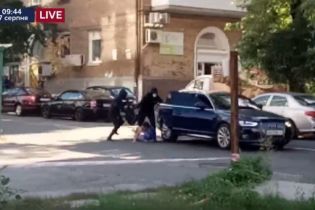 In Kiev street Zoological unknown opened fire on the man.

This is with reference to the eyewitness of the incident writes the TV channel “112 Ukraine”.

According to an eyewitness, unknown in medical masks attacked the man and shot at least twice. According to preliminary data, the attackers took the bag and fled in a blue Audi.

In turn, the police said that the attackers fired rubber bullets, one of which hit in the neck man.

“The police have established the identity of the wounded man: he is a private entrepreneur, born in 1989 According to doctors, the victim has two gunshot wounds. He was taken to the hospital,” added the police.

Moreover, it is noted that the attackers lost at the scene the knife.

Now militiamen establish all the details of the incident and trying to apprehend the shooters, announced the plan “Interception”.

The police establishes the circumstances of the shooting in the Shevchenko district of Kiev law Enforcers are searching for the attacker who, according to CL…