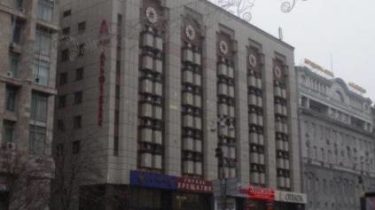 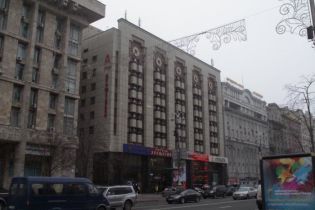 In the capital, an unknown man threatens to jump from the third floor of the hotel “Khreshchatyk”.

The man is on the grid tense on the third floor of the building.

Now the police have cordoned off the area in front of the hotel and has been attempting to communicate with a man who periodically smokes.

According to witnesses, it requires the Consul General of the Russian Federation is the Russian and on the grid came through the balcony of the hotel.

Meanwhile, on the balcony of a building near the grid, there is a security guard of the hotel who tries to persuade the man to climb to the balcony. Unknown talking with the security guard and agrees to look at some documents.

At the scene there is a carriage of an emergency.

The fire in the center of Kiev, a man killed two women, set fire to the apartment and jumped out the window – the police

We will remind, in Kiev, a woman jumped from the balcony of the apartment on the 10th floor of a residential building. About it reported in Department of communications of the Metropolitan police.

“On the street Zoe Gaidai found the woman in critical condition who dropped out from a balcony on the 10th floor of the house”, – stated in the message.

When on the scene law enforcement officers arrived, the victim was taken by ambulance, but the 31-year-old woman from the received traumas has died on road to hospital.