In many areas imposed a taboo on catching crayfish 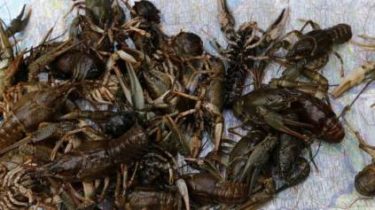 More regions of Ukraine covers the ban on catching crayfish. Sunday, August 20, it will enter into force in Volhynia, as well as in the Mykolaiv, Rivne and Kharkiv regions. The ban will last until the end of September.

About it reported in a press-service of the State Agency for fisheries, said in the story of the program “snidanok z “1+1”.

It is now moulting crayfish. It lasts from several hours to days. However, the reinforced carapace of these animals within a month and a half. And it was at this time very vulnerable invertebrates.

The poachers, who ignore the prohibition of fishing, pay a fine from 34 to 680 UAH. In addition, for every cancer caught have to pay another 25 and a half hryvnias of compensation.

Recall that in Ukraine four times increased fines for poaching, the destruction of animals and birds.