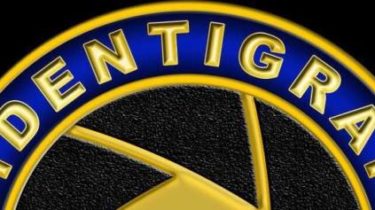 Volunteers of the project “Peacemaker” has prepared a new system for recognition and detection of criminals, which has no analogues in the world. This was reported on its own page in the network Facebook the people’s Deputy and Advisor to the Minister of internal Affairs Anton Gerashchenko.

According to him, the project is called IDENTIGRAF and will begin its work on the Independence Day of Ukraine at the address identigraf.center. Developing it took nine months, and the work was started by one of the world’s most famous social networks. “The uniqueness of this system is that it is the first system in the world that will work in open access on the Internet to search for separatists, terrorists and criminals. All other similar systems based on face detection algorithm, working either in the mode of secrecy in the offices of leading intelligence services, or used behind closed doors commercially for the analysis of large volumes of photos, including software giants like Google or Microsoft”, – said the politician.

Users IDENTIGRAF Gerashchenko sees the police investigators of the SBU, prosecutors, border guards, private detectives, lawyers, bankers, entrepreneurs and anyone who wants to check the involvement of a particular person to anti-Ukrainian actions in 2014, assisting separatists and participating in terrorist groups in the Donbas. “With the help of this system can be finally identified punks, that was brought from the Donbass and incited by the activists of the Maidan in winter 2014. Can be found Pro the villains introduced in the may 2 Odessa from Transnistria for the organization there of the carnage. Can be established the identity of Russian soldiers who had invaded without declaring war in the Crimea and the Donbass and kill our soldiers and officers. In General, all those who had seen pictures and video footage from the winter of 2014, was identified and permanently stored in the database “Peacemaker”, – said the Deputy.

Currently the site is in test mode. According to Gerashchenko, the project was worth more than a million hryvnia, and voluntary donations are not enough, so part of the work done in the duty and for the continued existence and improvement of the site will need support. “Thank you very much to everyone who donated money to strengthen the defense and security of our country. After the system of the Ukrainian state and the Ukrainian people will have a reliable protection against penetration into our country of those who wish her evil and wants her to dismember and destroy. Each is found, determined, and punished for all what he did against Ukraine!”, – concluded the adviser to the interior Minister.