Poroshenko has appointed its permanent representative in Crimea 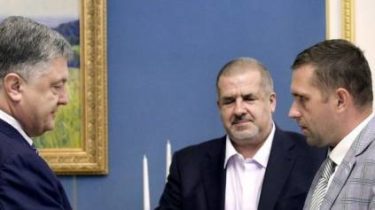 President Petro Poroshenko has appointed Boris Babin permanent representative of the President in the Autonomous Republic of Crimea.

This is stated in the message of press-service Poroshenko.

According to the head of the state, Babin has extensive experience and professional legal experience, in particular with international law.

Nominated Borys Babin Permanent representative of the President of Ukraine in the Autonomous Republic of Crimea. Borys Babin has a great…

Published by Petro Poroshenko on August 17, 2017

Babin will participate in the working group on de-occupation of the Peninsula. According to the President, the restoration of sovereignty over the temporarily occupied Ukrainian Crimea is one of the first tasks.

Poroshenko also expects the quality of the prepared changes in the Constitution and protect the rights of people who suffered as a result of annexation.

In addition, the emphasis the President has made on the legal protection of state interests in the occupied Crimea. We are talking about forfeited property, legal protection in international courts, coordination of activities of Ukrainian business entities, individuals who have lost their property.

According to the document, in this way want to ensure the safety of navigation during naval operations in the construction of the bridge, which will connect the occupied Crimea and the Russian Federation.