Lawyer Yanukovych said withdrawal in the case of treason 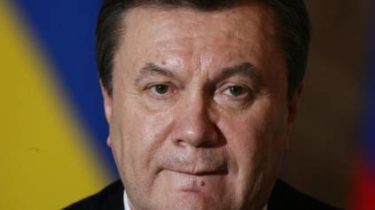 State attorney deprived the title of President of Ukraine Viktor Yanukovych Vitaly Meshechek, refused to participate in the trial.

This was announced on his page on Facebook press Secretary of the Prosecutor’s office of Kiev Hope the maximes.

“Defender Viktor Yanukovych has declared himself or herself” – she wrote.

According to maksimets, the lawyer made this statement at the beginning of the meeting, the Obolon district court of Kyiv on the case of treason Yanukovych.

“Given the special complexity of the criminal proceedings, please accept my refusal to perform the duties in this judicial process,” he said.

In turn, the Prosecutor called it a recognition of the incompetence of the lawyer, “because sooner acquainted with the materials of production, it has stated its readiness to protect the suspect”.

Currently, the court went to the consultative room for decision-making.

Defender Viktor Yanukovych said rejection! Obolonskiy district court of Kiev began the next session on the case of…

We will remind, in November of 2016, the Prosecutor General Yuri Lutsenko announced the suspicion of treason Viktor Yanukovych in the premises of Sviatoshynsky court, being in direct contact with the Rostov court, where the President is a fugitive. Yanukovych is accused of committing treason, aiding the authorities of the Russian Federation, intentional acts committed for the purpose of modifying the boundaries of the territory and the state border of Ukraine.

Obolon court of Kyiv allowed the special court proceedings in the case of Viktor Yanukovych. This permission provided because of the absence of Yanukovych, who was supposed to go with the court on the Skype connection.