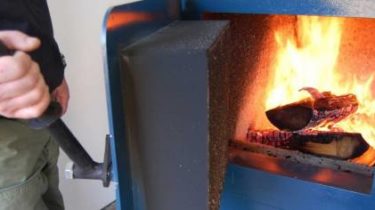 In Ukraine, not more expensive gas. The Cabinet of Ministers promises not to raise the price of blue fuel for the population in this heating season.

This was stated by Prime-Minister Volodymyr Groysman, said the plot program “snidanok z “1+1”. Under the new legislation, gas prices in Ukraine have the right to review and change twice a year – April and October.

Meanwhile, owners of solid-fuel boilers, furnaces and stoves, which are stoked with coal or firewood, began to accrue subsidies. To do this, people need to submit to the local social security office income statement with a corresponding statement. One house you can obtain compensation – for a maximum of two tonnes of solid fuel, each valued at no more than 2 thousand UAH.

This assistance is only available to those families that are used for heating solid fuel. The subsidy will be assigned regardless of the area of housing. And the money is credited once a year.

The government also spoke about the timing of monetization of subsidies for the last heating season.