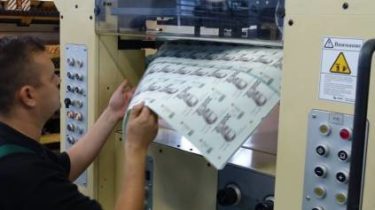 For the 2016 print new banknotes of different denominations hryvnia , the national Bank spent UAH 1.3 bn. To reduce these losses, the regulator takes measures for reduction of cash in circulation and the transition to cashless payments.

This broadcast UA|TV said the Deputy Director of Department of strategy and reforming of the NBU Ruslan Kravets, reports UNIAN.

“The regulator wants to reduce the cost of using cash. Only last year the regulator has spent UAH 1.3 billion on printing money. This is simply an astronomical sum. If we assume that we can reduce this amount, such as twice, this amount will be enough to build several very modern hospitals,” said Kravetz.