“I wish the staff of Life will never find work”: how users reacted to the closure of the channel 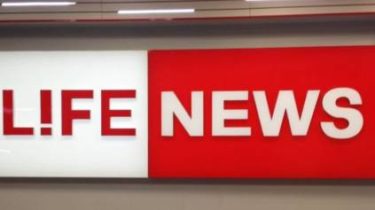 August 18 – last day of the Russian propaganda TV channel Life, there is only the website and other projects.

The decision to cease broadcasting was made by shareholders a month ago, and the editorial Board already announced the dissolution of the television division of the project. The job reductions will lose dozens of people.

Before closing the TV channel, the Russian opposition leader Alexei Navalny could funny trick of propagandists and not even 10 thousand rubles this money. True, Life owes him 40 thousand. Because of this, users joke that paying the Bulk of the channel ran out of money.

“It was very funny”: the Bulk of the money sent Lifenews “compromising” themselves

In General, the closure of Life caused a serious stir on social networks. The Internet users want the dismissed promoters no longer find work, so happy that Russia has fewer means to create fakes and say they won’t miss the channel.

The biggest fakes and scandals of the channel, which has sunk into Oblivion, read on the TSN website.ia.

The market for prostitutes in Moscow is waiting for the completion of a large workforce — about its closure and the dismissal of all employees have declared to TV channel LifeNews.

A couple of days after the closing of the #LifeNews pic.twitter.com/ddRiw3LPrY

Today is a good day for television. Very. After the 18th will be a bit cleaner, thanks!#life #lifenews @LIFE

Today is the last day of broadcasting of the TV channel Lifenews! (loud and prolonged applause)) ). Slightly less shit Bud…

a good sign – bad things from the dictatorship https://t.co/py1jGucmyk