In Kiev, found a cache of weapons in Gidropark 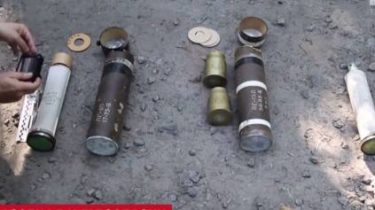 A cache of weapons just from tourists was arranged in Kiev. Dangerous find the security Service found in the capital Hydropark, says the story TSN.19:30.

Law enforcement officers found hundreds of rounds of ammunition, ammunition of various calibres, as well as a dozen trotyl blocks. The last one was disguised as soap.

The cache was discovered by accident in the pedestrian area of the Park. Law enforcement officers have already started the search for possible owners, and appeal to all Ukrainians, especially now in the holidays – in case of suspicious objects or people who are hiding something in the unusual months, immediately call the police.