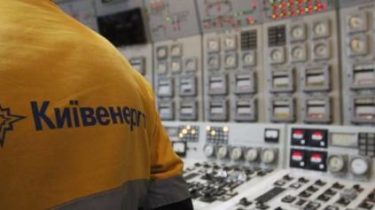 Rinat Akhmetov finally bought “Kyivenergo” and “Zapadenergo”. The company associated with Donetsk oligarch, acquired a 25% state shares, and, according to experts, did it for nothing, says the story TSN.19:30.

By coincidence, in the open auctions and the involvement of the company associated with the oligarch, and in most cases, purchases were at the starting price. Experts say that if well managed, from the sale of the state could get twice as much.

Sold shares enabled the state to control or prohibit Nevina even illegal actions of other shareholders. Now the situation has changed. “A minority shareholder, in this case the state has the right on behalf of the company, not themselves personally to submit claims to the company managers. The state could challenge the decisions that were in favor of the vertically integrated company DTEK”, – said industry expert Andrew Gerus.

Privatization for nothing is part of a multi-way transaction, involving not only the environment Akhmetov, but the state regulator of the rates NKREKP and top officials of the state. It’s very simple, explains the former Minister of housing Oleksiy Kucherenko: while structures Akhmetov bought up stocks of power companies, the Governor Dmitry Vovk has prepared a new scheme of tariff prices for electricity. “All of this fraudulent scheme has signs of dogovornyak. You can see that there is no any competitions or tenders – nothing. The same applies to “Zapadenergo”. Diamond is the company through which today it is possible to export, you can import electricity,” – says the expert. The essence is that during the formation of tariffs for electricity factor in the cost of energy-generating companies. Privatized for a song, them for half a year-year is overrated, now the real cost – and, for example, the same part of the “Kyivenergo”, which is now sold for 760 million, will be appreciated ten times more. Accordingly, the tariffs will be considered, – the expert predicts that they will become more 30%.

Akhmetov has bought the shares of two power companies

About the new regulation started talking this summer. Chairman NKREKP Dmitry Vovk calls a new system of progressive and announces its implementation starting from January next year. In the state property Fund trouble selling for a song, shares in strategic companies do not see – saying that other people, besides Akhmetov, the applicants simply not found.