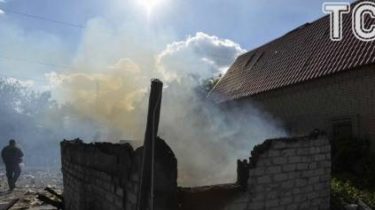 Over the past day illegal armed groups 30 times violated the truce. One Ukrainian soldier was killed, one was wounded.

In Gorlovka locals beat up a drunken Russian military, who threatened with a weapon – intelligence

On the Donetsk direction in the area of Avdeyevka industrial militants from evening until almost midnight fired on strong points. The result of the confrontation one soldier was killed. In addition, the militants shelled the outskirts of the village of zaitsevo. And at the Butovka mine for 2 hours produced no less than 46 min of various calibers.

The terrorists used weapons in the area of krymske, Novotoshkivske, near Novoaleksandrovka and Luhansk.

#Topod the Construction of the press center of staff ATO in 21.08.2017. In the area of ATO held a certain era ended….

Posted by the Press center of the ATO headquarters on Monday, August 21, 2017

On the seaside direction beat on the Ukrainian fortifications near the Water and once on the outskirts of Shyrokyne.

Earlier it was reported that in the Donetsk region due to shelling militants settlements Water, Experienced and sand turned into solid fire.