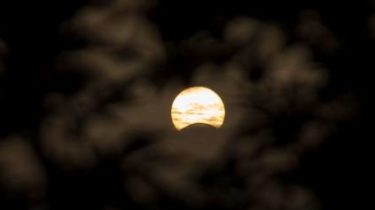 The girl was born in the hospital in Greenville, South Carolina.

Baby born Monday in SC named Eclipse. “I think it was just meant to be…we’re probably going to call her Clipsey.” https://t.co/FaQIrGgpOT pic.twitter.com/b7YAXIUuFD

The mother of the child in the comment admitted that he was expecting the birth of the baby until the 3rd September.