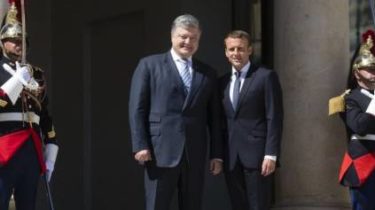 This was stated by Minister of foreign Affairs of Ukraine Pavlo Klimkin, UNIAN reports.

Also Klimkin said that the question of a personal meeting of the parties even stipulated.

“On a personal a personal meeting while the matter is discussed and, of course, we’ll come to that only when we have a comprehensive vision of how to move further”, – he said.

Recall that in late July, “Norman four” agreed to call later and called for a cease-fire in the Donbass. The head of Germany, France, Ukraine and Russia reaffirmed the need for the implementation of the Minsk package and agreed to phone later.

This is stated in a joint statement, German Chancellor Angela Merkel and President of France Emmanuel Makron, writes UKRINFORM.

“The heads of state and government agreed that the political, humanitarian and economic issues, and security aspects of the Minsk package of measures should be implemented in full”, – is spoken in the statement published on the website of the Chancellor.