The capital continues the General rehearsal of the military parade 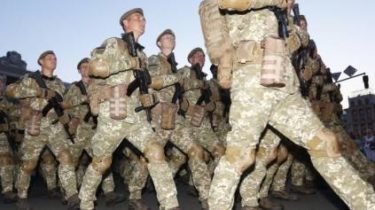 In Kiev on Kreshchatik continues , the General rehearsal of the military parade for Independence Day with the participation of the Minister of defence Stepan Poltorak.

For the first time in rehearsal parade was attended by military units of foreign countries. This foot March was attended by representatives of all structures of the Armed forces of Ukraine, national guard, military honor guard, the interior Ministry, the Navy and border guards, as well as reservists from the ATO and representatives of the military bands. During the rehearsal was done firing a few volleys.

A show or demonstration of the protection of the state. The opinions of Ukrainians regarding the military parade was divided

Videoslot whether to hold a parade for Independence Day: the opinions of Ukrainians were divided