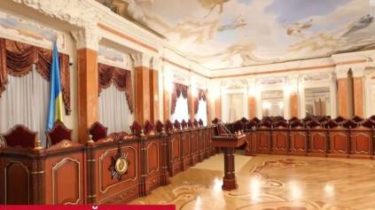 Judge Roman Braga asks to cancel the results of competitive selection of judges of the Supreme court of Ukraine. In his opinion, the Commission underestimated the requirements to the bidders, according to a story TSN.19:30.

The party considers the selection is not by competition, and continuous violations, and the Commission is accused of neglecting secondstop. “The high qualification Commission made more than 200 candidates, including recognized 69 winners. These are the persons who have not passed the qualifying exam,” says Braga. In his opinion, the organizers underestimated the minimum threshold for candidates because the law says 75% of the total number of points at each stage of the exam, and there were several: tests, practical tasks, psychological selection, and the like. However, during the competition, the Commission suddenly changed the rules. “Set the third minimum acceptable score – is it that passed the people who didn’t pass the second stage,” explains the judge.

The Commission has set different scores for different courts: cassation for the administrative – 127, commercial – 130, criminal – 119, civil – 125. Braga argues that the rate of 75% should be more than 157 points. “Any person Vince logical question: are the requirements for judges of the Supreme court below than to the judge ordinary of the court?”, – asks a member of the Public Council of integrity Vitaly Titych.