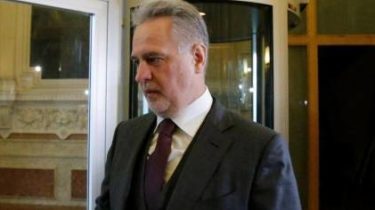 The staff of the General Prosecutor’s office carried out searches at the enterprises, which are part of the businessgroup “GROUP DF” oligarch Dmitry Firtash.

The General Prosecutor’s office jointly with the National police of Ukraine exposed the illegal scheme, which in the years 2015-2017 were embezzlement and tax evasion by a number of enterprises.

These funds were misappropriated by purchasing insurance from these same insurance companies bogus loan contracts and contracts for the sale of “junk” securities other controlled fictitious companies and dummy individuals.

Because Spain blocked the issuance of “dangerous” Firtash in the USA

That is, insurance companies insure risks in the event of non-repayment of loans that were issued by financial company to the address of dummy companies and nominees.

“These loans are not planned to return, what was known in advance to the members of the gang. After a projected return of these loans, insurance companies have been reimbursed for those bogus financial risks of the company, with the subsequent withdrawal of cash through banking institutions”, – stated in the message.

Obtained as a result of this Scam funds being directed to the real sector of the economy.

Now militiamen carried out the authorized searches in offices and places of residence of persons involved in the Commission of a crime. Pre-trial investigation in criminal proceedings on the facts of a fictitious enterprise, and illegal financial transactions with the purpose money laundering in especially large size.

Recall, the National anti-corruption Bureau of Ukraine in court secured the return 57 million UAH to the state enterprise “Energorynok”. The Department has achieved recognition invalid transactions between PJSC “Nitrogen”, which belongs to the Ukrainian oligarch Dmitry Firtash, and JSC “Cherkassyoblenergo”, according to which the state suffered damage in 57 million.

The deal between the companies was concluded in April 2016. On the basis of “Nitrogen” in December 2015 – January 2016 to avoid paying for the consumed electricity. On this fact the NAB has opened a criminal case in which filed a lawsuit to invalidate this transaction, which became the legal basis for committing the crime.