In Minsk agreed ceasefire in the Donbas 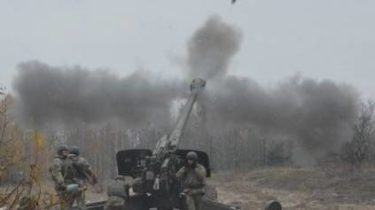 The trilateral contact group on settling the situation in Eastern Ukraine agreed on a cease-fire on Donbass from Friday, August 25.

This was stated by the representative of Russia at negotiations of the contact group in Minsk, Boris Gryzlov, writes TASS.

“The main result: the contact group agreed on a ceasefire in connection with the start of the new academic year from August 25,” – he stressed.

Gryzlov also expressed the hope that “school” the truce will be observed responsibly and in perpetuity.

In addition to this, the representatives of the Russian Federation proposed to introduce a mechanism of disciplinary measures to be applied to violators of the truce in the Donbass.

“Based on available data about the shelling, in particular, employees of the Joint center for coordination and control of the ceasefire regime, the Russian delegation demanded disciplinary measures against violators of the ceasefire,” – said Gryzlov.

Recall, for the past day illegal armed groups 28 times violated the silence regime in Donbas. Three Ukrainian military were wounded, one received a combat trauma.