The PGO suspects Zhirinovsky in the financing of terrorism 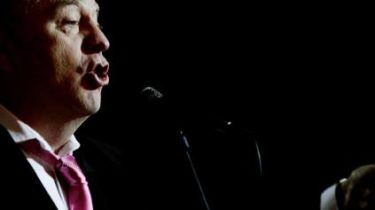 The Prosecutor General’s office of Ukraine established that the Russian politician Vladimir Zhirinovsky in March – April 2014 created and led group for material support “LNR” and “DNR”.

It is noted that the group included some deputies of the state Duma of Russia and members of the liberal democratic party of Russia, in particular the heads and representatives of regional branches of the party which carried out the collection of money from citizens of the Russian Federation.

In Sumy covered underground center, which has funded the militants in the Donbas

This group, acting, including, at the request of the head of the terrorist group “Somali” militants “Givi” for 2014-2017 supplied terrorists 6 vehicles of Russian production with high inputs and operational capabilities.

A separate vehicle was used while committing terrorist acts against Ukrainian servicemen and law enforcement officers, in particular in the territory of the Donetsk airport.

Currently the composed message on suspicion policy under part 3 of article 27, part 3, article 258-5 (financing of terrorism) of the criminal code of Ukraine.

We will remind, Russia has cut funding for “LDNR” because of the sanctions. This reduction of funding for Russia also leads to higher levels of debt on social payments and wage arrears to employees “budget” companies.

In particular, in debaltseve employees of railroads “DNR” promised wages at the level of 5-7 thousand rubles per month not paid. Therefore, to reduce the level of negative sentiment among the railroad men, local authorities issued an “order” on the direction of a 3-week gathering military service men aged 25-35 years old among the railway workers of the NPT.”

During the meeting of men to convince to serve under contract in the ranks of the Russian occupation forces.