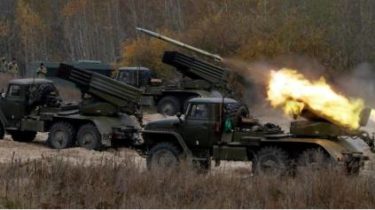 Two Ukrainian verifier from 16 to 20 September atthe invitation of the Belarusian side will observe the military exercises “West 2017” with the participation of troops of the Russian Federation.

About it reported in Management of public relations of the Armed forces of Ukraine.

“In accordance with the provisions of the Vienna document 2011 on confidence-building measures and security, Ukraine has received from the Republic of Belarus the official invitation to participate two members of the Armed Forces of Ukraine in observation of military activities during the phase of practical actions of troops (forces) within the framework of the Joint strategic exercises “West – 2017″ on the territory of the Republic of Belarus in the period 16 – 20.09.2017”, – stated in the message.

As noted, in addition to Ukraine the invitation to observe the teachings of the “West 2017” received Latvia, Lithuania, Norway, Poland, Sweden and Estonia.

We will remind, Poltorak stated about possible Russian aggression against Ukraine and the EU under the guise of the Russian-Belarusian military exercises “West – 2017”. “Ukraine and the world have a common vision of possible prospects exercises of the armed forces. The upcoming military exercises “Zapad – 2017″ are extremely powerful. They can be used to start the aggression not only against Ukraine but also against any European country which shares a common border with Russia”, – he wrote.