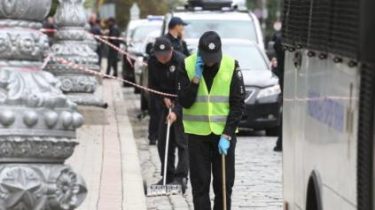 The journalists, who worked near the scene of the explosion on the street Grushevskogo in the afternoon of August 24, seized the sources to search for and identify criminals who could get to the footage. This was stated by the head of the National police of Ukraine Sergey Knyazev, UNIAN reports.

“Until now, people who are suspected, we, unfortunately, have not established. But a great help to us was rendered by the journalists who were at the scene – we confiscated the videos that we may help to identify the persons involved in this crime” , – he explained.