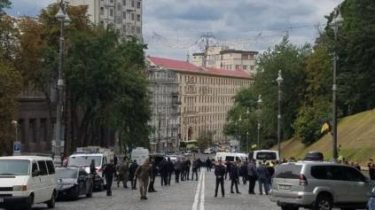 The explosion in the center of Kiev suffered by the relatives of the Hero of Ukraine, paratrooper-sniper Valeria Chibinyaeva his wife, mother-in-law and a family friend.

Two of the victims are in the Department of polytrauma of the Kyiv clinical hospital number 17. “We hospitalized two of the three victims, a man and a woman,” said the doctor on duty.

According to TV channel, the condition of the victims is stable. Doctors on the request of the victims themselves will not speak about the nature and severity of injuries, and transferred from intensive care to a regular ward.

The testimonies of versions and scared Kiev. What is known about the explosion at Grushevskogo