Firtash will give the occupation authorities of Crimea, base of rest under the Kremlin forum media 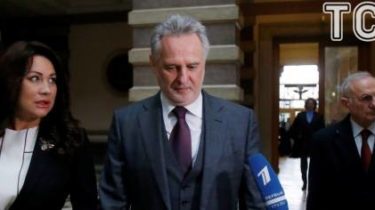 The Ukrainian oligarch Dmitry Firtash will give the occupation authorities of Crimea, base of rest “Wave”, where 2014 is the Kremlin youth forum “Tavrida”.

RBC reports, citing a senior Federal official. Also this information was confirmed by a source in the “government” of Crimea and a source close to the management of plant Firtash “Crimean Titan” (this plant belongs to the recreation center).

According to one source, the company Firtash serious debts to the budget of the occupation administration in the Crimea. The transition of the recreation property in local “authorities” can become a way of settling debts.

Now the recreation center “Volna”, located on the Bakal spit of Crimea, almost all the rent for summer youth camp “Tauris”, which is the Federal Agency for youth Affairs under the supervision of the political block of the Kremlin. Last year the forum was visited by Russian President Vladimir Putin.

The transition of “Wave” the property of the Crimean “authorities” will allow to organize a camp there all year round.

Because Spain blocked the issuance of “dangerous” Firtash in the USA

Earlier it was reported that the staff of the General Prosecutor’s office carried out searches at the enterprises, which are included in the business group “GROUP DF” oligarch Dmitry Firtash. The General Prosecutor’s office jointly with the National police of Ukraine exposed the illegal scheme, which in the years 2015-2017 were embezzlement and tax evasion by a number of enterprises. In particular, PJSC “Severodonetsk Azot”, LLC “Mezhrechensky GOK”, JSC “Ukrainian chemical products”, JSC “Rovnoazot”, GP “the Chemist” of PJSC “Nitrogen” and others.