In Kiev, poured paint over a monument to the heroes of the ATO in the form of a sword that penetrates Russia 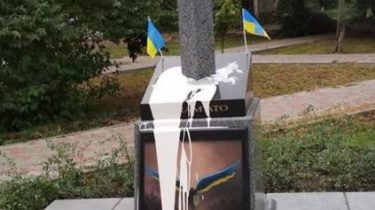 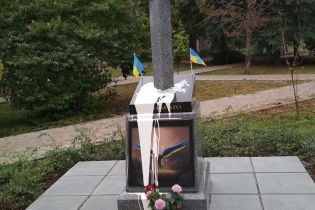 Unknown poured paint over a monument to the heroes of the ATO, in Kiev, at the intersection of Prospekt Lesya Kurbasa, and the street Academician Korolev.

About this on his page in Facebook wrote a user Maxim Romanchenko.

In the comments to the post noted that the day on August 24 the monument has been cleaned.

We will remind, on August 15 at the intersection of Prospekt Lesya Kurbasa and street of the Academician the Queen in Kiev took place the inauguration of the monument to soldiers of the ATO.

In the lower part is a base with image of guardian angel with wings, painted in blue and yellow. The height of the monument is 2, 5 meters.