In the occupied Donetsk, the Russian military has beaten the local resident – exploration 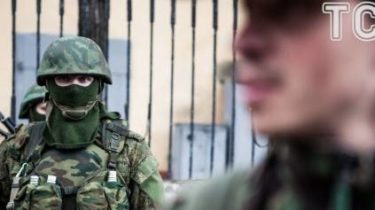 In Donetsk, armed Russian military has beaten and robbed a local resident.

“August 23 in Donetsk, a group of soldiers 1 AK armed forces had committed the beating of civilians by the grocery store”, – stated in the message.

According to intelligence reports, the attackers threatened the man with weapons, and seized packages of food. After that, the mercenaries fled the scene.

We will remind, earlier in Gorlovka locals beat up a drunken Russian military, who threatened with a weapon. People protested against action of public order, and staged a “lynching”.