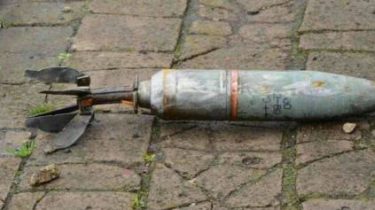 On the territory of the occupied Donetsk region caught fire and blew up the warehouse with ammunition militants.

“On August 24, the result of a short circuit on the object of one of the units 1 AK near the settlement of Azov there was a fire, which resulted in the undermining of ammunition”, – is spoken in the message.

According to scouts, the amplitude was up to 1 km, some ammunition damaged homes.

“Due to the outrage of local residents, units of the Russian occupation troops relocated to another area,” – said Ukrainian military.