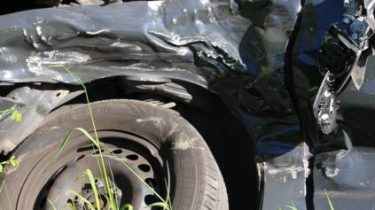 Auto collision with a train in the Kiev region. The incident occurred two hours ago at a crossing near the village of New bezradichi, says TSN.12.00.

The driver of the SUV tried to run a railway crossing, but did not, he crashed the train. Blow was such force that the car has become a pile of scrap metal. It passed without casualties.

Resonant accident in the Lviv region. The owner of FC “Karpaty” watching football while the parents were buried only daughter

Most unlucky passengers of the train who were returning to the capital city of Berdyansk. Because of the accident rail traffic for several hours stopped, so they had to get to the capital on foot.