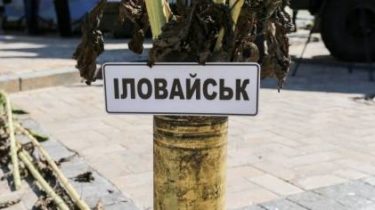 Procession of memory of the third anniversary of the Ilovaisky boiler. In Ivano-Frankivsk ATO veterans and the families of the victims walked from the Cathedral to the memorial Park and on the graves of soldiers prayed and lighted lamps, said TSN.12.00.

Three years ago, on Independence Day of Ukraine, Russian troops entered the territory of our state, and under Ilovaiskaya Donetsk region surrounded several Ukrainian military units. They would guarantee safe passage through the so-called “corridor”, but in spite of the truce agreement – it was a trap. In Ilovaisky boiler killing 366 of the Ukrainian military, five hundred were wounded, several hundred were captured.

And in these moments near St. Michael’s Cathedral begins memorial prayer for servicemen who died in Ilovaisk.