Son Shufrych Bentley knocked down a pedestrian. All about the resonance of an accident in the center of Kiev 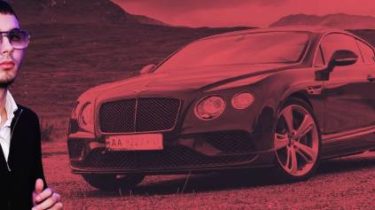 On Saturday evening, August 26, the son of people’s Deputy Nestor Shufrych, Shufrych Nestor Nestorovich knocked down a passerby. The victim survived, he was hospitalized.

THE PLACE AND THE CIRCUMSTANCES OF THE ACCIDENT

The accident occurred at about 22:30 in the center of Kiev, on crossing of streets Rustaveli and Rognedinskaya, directly on a pedestrian crossing.

According to witnesses, the car moved at high speed. And judging by the video camera, the car started to slow down just after the collision. Braking on the asphalt there. From blow the victim was thrown several meters away from the crossing.

To determine the circumstances and mechanism of the accident will be conducted, including the technical condition of the car, autotechnical and graphic arts.

Nestor passed the test to determine the state of intoxication and study in the hospital, the result of which revealed that he was sober and had no signs of drug intoxication.

Shufrich Jr. was driving a Bentley that he did not belong and was granted by the showroom to shoot the video of his friend, rap artist, known by his stage name Pabl.A, in the Parking lot of the Freedom club.