The airline “in the world” launches flights from Ukraine 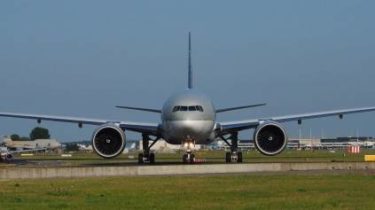 Qatar Airways today, August 28, will make its first flight from Ukraine. As noted on the online scoreboard airport “Borispol”, the plane will depart to Doha at 23:45.

Groisman wants to make the City a base for lowcost, including Ryanair

At the same time, the Minister of infrastructure Volodymyr Omelian announced that the former head of the aviation division of the Ministry Galina Wynarczyk leaves the Ministry and begins his job as commercial Manager, head of representative office of Qatar Airways in Ukraine.

Monday begins with a pleasant but at the same time serious events. The head of the aviation division Halyna Vynarchyk leaves …

According to him, the position of Vikarchuk adopted through transparent competition.

Previously, the airline announced the sale of promotional tickets. So, it was possible to buy flight Kyiv – Colombo – Kiev for 421 euros, while in Beijing to less than 450 euros.