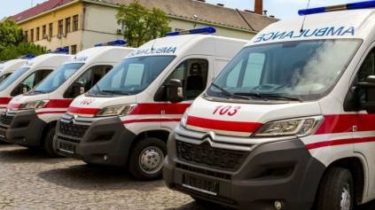 To the victim in the accident with the son of people’s Deputy Nestor Shufrych came the father and brother of Kherson, reports from the hospital, the correspondent of TSN.

The condition of the victim, as the doctors say, remains extremely serious, the man can not be transported. Relatives admitted to the intensive care unit of what is now the victim.

31-year-old Alex Melnichenko has already undergone one operation, and tomorrow the doctors are preparing for the second surgical intervention is neurosurgical. The man was taken off the ventilator, he could breathe on his own.

Videosjessica the Prosecutor’s office is preparing a document on suspicion for Shufrich Jr.

We will remind, 26 Aug son of people’s Deputy Nestor Shufrych Nestor Shufrich nestorowicz directly on a pedestrian crossing knocked down a passerby. The accident was made by car Bentley, which the son of the Deputy belonged, and were provided by the showroom to shoot the video of his friend, rap artist, known by his stage name Pabl.A Parking is available at the Freedom club.

For assistance the MP provided the arrival of the Israeli doctors. Nestor Jr. took the passport, he faces from 3 to 8 years in prison, the Prosecutor’s office is preparing the son of people’s Deputy suspected.