In Kiev, dozens of trolleybuses was stopped due to breakage of the network and provoked a massive traffic jam 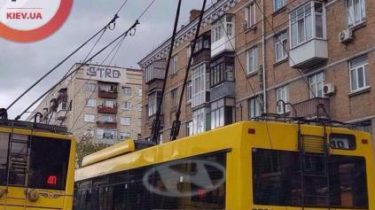 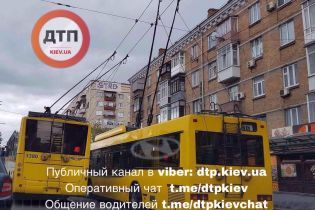 In Kyiv, Sevastopol area the huge stopper was formed.

The tube was formed as a result of breakage of a contact network.

Now working on the site several brigades emergency services, the timing of the breakdown is unknown.

A huge traffic jam in Kyiv, Sevastopol area. As a result of breakage of a contact network, dozens of trolleybuses stopped…

Recall now the Ukrainian capital has suffered from numerous jams. In particular, the queue of cars was on all bridges in Kiev, in Moscow.

In Kiev, there have been numerous accidents, and also conducted repairs of roads.

Kiev stood in traffic on Victory Avenue, the streets of Dovzhenko and Teligi, riverside road, the Boulevard of Friendship of peoples, Kikvidze street, Lesi Ukrainki Boulevard, and the like.

Stopped also the center of the capital, in particular, of the street, near the Bessarabian market, Khreschatyk and Maidan.