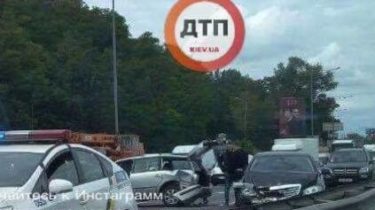 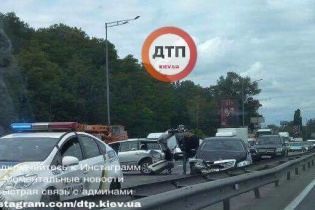 In Kiev on Naddnepryanskoye highway from Darnytsa bridge in the South of the bridge resulted from the crash.

According to preliminary information, has faced two cars – a Mercedes and a Volkswagen which is a car of taxi.

In the accident the big stopper was formed.

Accident in Kiev, now in Naddnepryanskoye highway from Darnytsa bridge in the South bridge. According to preliminary information,…

We will remind, in Kiev, Sevastopol area the huge stopper was formed. Dozens of trolleybuses stopped and blocked Chokolovskiy Boulevard, streets of Donetsk and the people’s Militia, Povitroflotskyi Avenue.

The tube was formed as a result of breakage of a contact network.

Now working on the site several brigades emergency services, the timing of the breakdown is unknown.