“Next year for sure”. Omeljan told, when Ryanair will fly from Ukraine 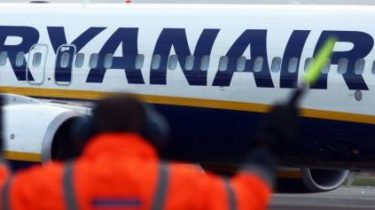 Low-cost airline Ryanair will begin flights from Ukraine next year after canceled the release of the Ukrainian market this year.

Tough negotiations and aggressive strategy: as Ryanair continues to develop its business and comes to the markets

This was announced by Minister of infrastructure Volodymyr Omelian, UNIAN reports.

“Negotiations with Ryanair continuing. But I believe that Ryanair had every reason and opportunity in September this year to start flights from the airports of Boryspil and Lviv. However, we are faced with artificial obstacles … But I have to disappoint – Ryanair will fly from Ukraine. Next year for sure,” he said.

Videoproviders intends to resume negotiations with the Irish lokosom Ryanair