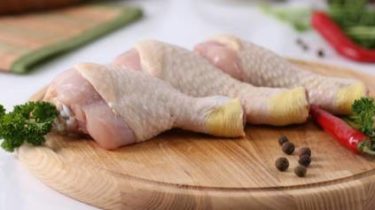 In Ukraine, the price of chicken caught up with Europe, and for certain types of meat is even higher.

“At the beginning of the year prices were slightly lower than in the countries of Eastern Europe. But since the summer monitoring of prices in Hyper and supermarkets shows that we have come to the prices in Poland, Hungary, Lithuania and other countries. The government last year did everything for the sake of strengthening the role of big business, removing all the existing barriers in the consumer market”, – said General Director of Ukrainian Association of trade networks suppliers Oleksiy Doroshenko.

Why expensive meat: Ukrainians should prepare for even higher prices for chicken

He notes that “the government over the past year all we have done for the strengthening of the role of big business, removing all the existing barriers in the consumer market. For the first half of 2017, the government paid growers more than 50% of all subsidies to farmers. Thus, the largest poultry producer got more than 40% of all paid grants. And it wasn’t a surprise because this scenario was laid in the budget 2017. And what about the price of chicken? She grew steadily during the summer, and now kg costs as much as a kilogram of pork”.

Prices for chicken in the Ukrainian and European supermarkets, in UAH per kilogram