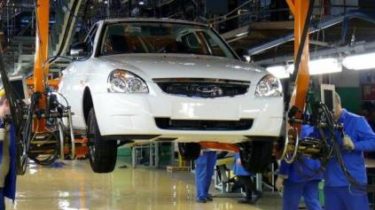 This was announced by the Chairman of the primary organization of the interregional trade Union “workers Association” in the Samara region Petr Zolotarev, reports “Interfax”.

Before that the auto maker planned to cut another 740 workers. Five hundred of them ahead of schedule sent on pension with special compensation. Overall, during the first half of this year has reduced by 517 people. New five hundred also early retirement with compensation.

“We have a programme of early retirement with subsequent co-financing of pensions in the amount of the additional 5 thousand rubles a month for five years. The employees who use it, go through the reduction procedure. The program has been very popular among employees, so we reported the increase in the number reduce people to 500 people”, – said Zolotarev.

On Tuesday, the website of the Russian government announced that Prime Minister Dmitry Medvedev signed the order about allocation from reserve Fund of the Cabinet of the grant of the Samara region in the amount of 439,19 million rubles for the organization of employment and retraining of workers of “AVTOVAZ”.

In February it was reported that “AVTOVAZ” intends to cut 740 employees not employed in basic production activities (at the time – 2% of the workforce). In the report of the company for the year 2016 was mentioned that the number of employees over the past year decreased by 9.7%, to 43 thousand 307 people.

Earlier it was reported that the losses of the Russian LADA (AVTOVAZ) for the year grew 48 times.