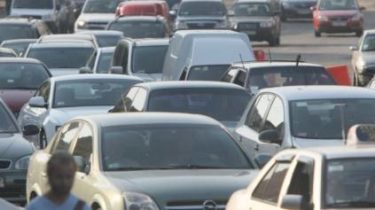 This is evidenced by Google maps.

In particular, the queue of cars standing on all the bridges in Kiev, in Moscow.

On the map, there are multiple accidents, and road repairs.

Kiev stuck in traffic on Victory Avenue, the streets of Dovzhenko and Teligi, riverside road, the Boulevard of Friendship of peoples, Kikvidze street, Lesi Ukrainian, and so on.

Stopped also the center of the capital, in particular, of the street, near the Bessarabian market, Khreschatyk and Maidan. 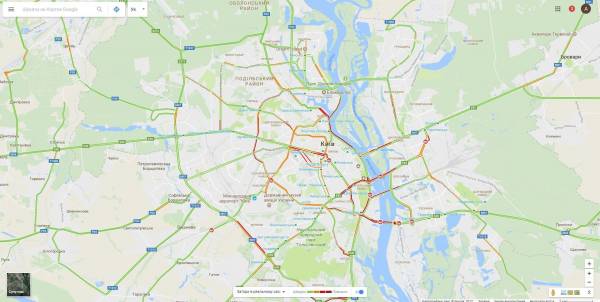 On the Kiev-Odessa highway, stuck in traffic of hundreds of cars

We will remind, recently the Kiev citizens urged to prepare for the traffic, because Kiev had blocked the traffic on the roads. In particular, the push stroke four days, namely from 20 to 24 August in the capital the utility has partially blocked the road for repairs.

First of all, we are talking about the Prirechnaya street Shchusev, Brovarsky Avenue and Skvirsky alley.