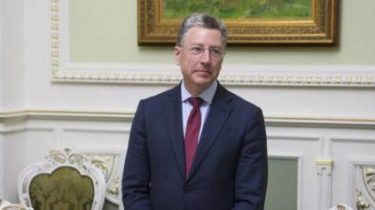 The special representative of the United States of America regarding Ukraine Kurt Volker says that Washington is not going to enter into a separate agreement with Russia on a solution to the armed conflict in the Donbasswithout attaching to the process Kiev and European countries.

He stated this on Monday, August 28, in an exclusive interview with DW.

“That’s not going to happen. There is no such thing, and there will be no separate agreements over the heads of the Ukrainians or behind the Europeans,” said Walker.

He said that on the eve of a meeting with Russian presidential aide Vladislav Surkov, which was held last week in Minsk, he was in close contact on the Ukrainian question with the representatives of Germany and France.

“The US made clear that we fully support the peace process in the “channel format”. We have no intentions to become part of it or to lead it,” said Walker. The diplomat also stressed that Ukraine is one of priority directions of the international policy of the administration of the current President of the United States Donald trump.

“It is important. There are many other things in the bilateral relations between the US and Russia, which are important. […] There is such international issues as Syria and North Korea. They’re all important, but Ukraine is also important,” said Walker.

According to him, Washington will consider policies regarding Ukraine successful if it is restored its territorial integrity and guaranteed security for all Ukrainians.

We will remind, on August 21 Kurt Volker held a meeting behind closed doors with Russian presidential aide Vladislav Surkov. During this meeting, which was devoted to Ukrainian question, the parties in particular agreed to meet again in a few weeks.