U.S. energy Secretary has cancelled a visit to Ukraine 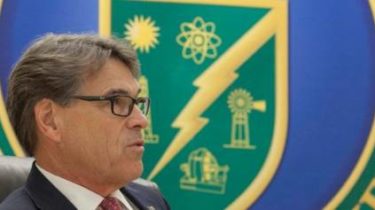 The Minister of energy of the USA Rick Perry canceled a visit to Ukraine from-for the strongest over the last 12 years of the hurricane “Harvey”.

About it report Ukrainian news with reference to the Ministry of energy and coal industry of Ukraine.

“The visit of the Minister of energy of the USA Rick Perry moved to Ukraine in connection with overcoming of consequences of hurricane “Harvey”, – stated in the message.

Also cancelled a presentation of the Strategy of the national joint stock company “Naftogaz of Ukraine”, which was held in Kiev with participation of the American Minister on August 31.

In addition, Rick Perry canceled a visit to Kazakhstan, scheduled for August 28.