The Cabinet was chosen Deputy to represent the government in Parliament 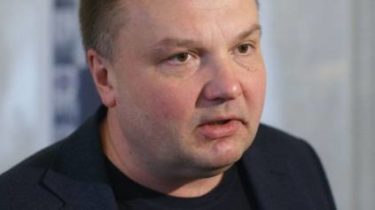 Today, August 30, the Cabinet meeting has appointed as his representative in the Verkhovna Rada Deputy from the faction “Block of Petro Poroshenko” Vadim Denisenko.

This was announced by Prime Minister of Ukraine Vladimir Groysman, reports Interfax-Ukraine.

“Looking for another job”: Groisman reacted sharply to neglectful officials at the meeting

“Today we will take a decision regarding government representative in the Verkhovna Rada. We consulted with fellow members of the government and decided that it would be a people’s Deputy of Ukraine Vadim Denisenko,” he said.

He added that he Denisenko agree on such appointment and is ready to help in communication to the Parliament and the government.

Recall that in April 2017 the MP and the wife of Prosecutor General Yury Lutsenko – Irina – was the President’s representative in Parliament.