The silence in the Luhansk region and the absence of losses among the military. The situation in the ATO zone 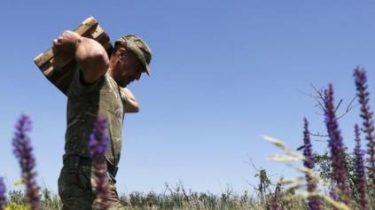 For the past day illegal armed groups 21 times opened fire. Losses among the Ukrainian military no.

“School truce”: the OSCE has more than 600 explosions at Donbass 5 days

In the area of Avdeyevka industrial area in the evening and night three militants opened fire with rocket-propelled grenades, heavy machine guns and small arms. Also at the Donetsk direction under small arms fire hit the fortifications near zaitsevo.

On the seaside direction, the terrorists used heavy machine guns on the outskirts of the Water, Lebedinsky and Talakovki. Attacks were short-lived.

#Topod the Construction of the press center of staff ATO in 29.08.2017. At the end of the last days the situation in the ATO area su…

Posted by the Press center of the ATO headquarters on Tuesday, August 29, 2017

We will remind, the all faith on 25 August along the demarcation line in the Donbass began a trucethat was agreed at the talks “channel four” in connection with the start of the new academic year.